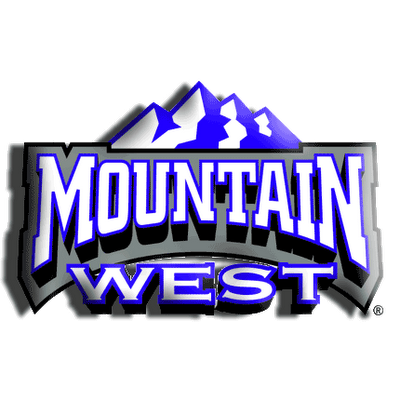 Last season, the Mountain West's eternal Utah rivals represented the conference in the NCAAs, with both Utah and BYU falling in the first round. The Utes fell victim to in a now-traditional 12 over 5 upset, while the Cougars lost to Texas A&M for the second straight tourney. San Diego State could've been the third pick MWC team to make the field of 65, but the Committee passed on the Aztecs, despite their run to the conference title game. SDSU recovered to make it to the NIT semis. UNLV looked to be a solid bet for the tourney midseason, but a 4-6 finish to the MWC season, featuring three losses to the Aztecs, doomed them to the NIT as well.
Teams like the Utes, Aztecs, Rebels, and New Mexico all lost significant contributors during the offseason, but they also brought in plenty of new blood. How quickly they can integrate their talented newcomers will determine if they can pose a serious threat to BYU, the team who lost the least after 2008-09, at the top of the league.
When you add in Wyoming, who managed to finish 7-9 in the league last season, six of the league's nine members have gotten to the point where they're competitive night in and night out. That means TCU and Colorado State really need to raise their games and the league can only hope that Air Force can get back to the level they reached back in the early and mid-00s.
On the schedule front, there will be one big change this season. In a bid to improve non-conference scheduling and attract more national attention, the Mountain West and Missouri Valley conferences will face off in their first-ever challenge series this season.
More on the nine teams of the Mountain West after the jump.

Now here are my picks for the 2009-10 season, presented in reverse order. If a team name appears as a red link, click it to visit that school's SBNation site throughout the season for more in-depth analysis. You can also visit our Mountain West site, the Mountain West Connection.

Air Force (last NCAA: 2006) If Jeff Reynolds' Falcons played offense as well as they play defense, they'd return to contention. Thanks to the graduation of the team's three leading scorers from last season, that doesn't look likely this season. The Academy's top two returnees, 6-4 junior guard Evan Washington and 6-8 junior F/C Grant Parker, averaged a combined 12.8 ppg last season, so it could be another long season in Colorado Springs. The Falcons will participate in the Reggie Minton Invitational against Dickinson State, then either Northern Colorado or Texas Southern. They'll also face Niagara in UTEP's Sun Bowl invitational.

Colorado State (last NCAA: 2003) This season, there isn't a ton of hope up I-25 in Fort Collins either. Leading scorer Marcus Walker (17.1 ppg) is gone, and while sophomore PG Jesse Carr (8.8 ppg, 2.5 apg) is back from the injury that cut his freshman season short, he lacks targets in the backcourt. 6-9 junior Andy Ogide, who averaged 10+ points and nearly 6 boards a game in his first season after transferring from Ole Miss, anchors the frontcourt, while 6-7 junior Travis Franklin (6.5 ppg, 3.6 rpg) will have to boost his production. The Rams travel to Eugene for a round-robin that features host Oregon, UC Davis, and Winston-Salem State. CSU also welcomes Denver and Colorado to Moby Arena, while they visit UCLA.

TCU (last NCAA: 1998) Jim Christian lost leading scorer Kevin Langford (13.9 ppg, 4.5 rpg), but has two good building blocks remaining--6-9 Croatian Zvonko Buljan, who earned conference Newcomer of the Year honors in his first season out of junior college, averaging 12.3 points and almost 8 boards a game, and 6-6 Lithuanian senior Edvinas Ruzgas (10 ppg), the team's main perimeter threat. 6-2 sophomore Ronnie Moss (10.2 ppg) is also back, and the addition of JC transfer Greg Hill--another 3-point specialist--and freshman PG Xavier Roberson, is enough to ensure the Horned Frogs' backcourt should be strong. There isn't much experience in the frontcourt beyond Buljan though. Christian hopes 6-7 freshman Garlon Green, the brother of Dallas Maverick Gerald, 6-10 JC transfer Cheick Kone (from Mali), and 6-9 Nikola Cerina (from Serbia) can provide some help. TCU will participate in the West region of the NIT Season Tip-Off, where they have to face hosts Arizona State in their first game.

Wyoming (last NCAA: 2002) The Cowboys lost three key performers off a team that couldn't even manage a .500 mark in the Mountain West last season (and lost a CBI home game to Northeastern), including PG Brandon Ewing (18.5 ppg, 5 apg), SG Sean Ogirri (14.4 ppg), and 6-7 F Tyson Johnson (13.1 ppg, 7.5 rpg). 5-9 New Mexico State transfer JayDee Luster comes on just in time to replace Ewing at the point, while 6-4 JC transfer Thomas Manzano should see immediate minutes. Meanwhile, the frontcourt will be the Cowboys' strength, as 6-8 Afam Muojeke looks to build on a solid freshman season where he averaged almost 14 points and over 5 boards a game. 6-10 Adam Waddell (5.1 ppg, 3.9 rpg) is also back, while 6-9 Ryan Dermody is back from an injury that cost him last season. Plus, 7-2 Auburn transfer Boubacar Sylla comes aboard to play center this season. The Pokes' schedule is manageable, as they travel to Tennessee and Northern Iowa (for the Challenge) and host Akron this season.

New Mexico (last NCAA: 2005) Steve Alford's Lobos are going after their third straight 20-plus win season, but they'll have to do it without three of their four leading scorers from last season. 6-6 senior swingman Ramon Martinez will be expected to improve on the 10.6 points he managed in 2008-09, as will 6-1 junior PG Dairese Gary (8.1 ppg, 4.1 rpg) and 6-5 soph Phillip McDonald (7.3 ppg, 3.1 rpg). The frontcourt is a bit thin, as 6-8 sophomore A.J. Hardeman (2.2 ppg, 2.1 rpg) is the key returnee. Expect 6-7 JC transfer Darington Hobson to make an immediate impact on the frontline. The Lobos face a difficult schedule with California, Dayton, and Creighton (as part of the Challenge) visiting the Pit. Louisiana Tech, Miami (OH), and Nicholls State will also visit for a round-robin tournament. New Mexico will also visit Oral Roberts and face Texas A&M in Houston.

Utah (last NCAA: 2009) Jim Boylen has a lot of holes to fill, as the Utes will have to do without their four leading scorers from last year. The biggest loss is, of course, that of 7-2 Australian C Luke Nevill (16.8 ppg, 9 rpg). In the backcourt, you'll see more from 6-5 senior Luka Drca (7.7 ppg, 2.5 rpg) and 6-5 junior Carlon Brown (9.2 ppg, 5.2 rpg). Among the bigs, 6-11 Kim Tillie (3.3 ppg, 4.4 rpg) and 7-foot redshirt freshman Jason Washburn have the unenviable task of trying to replace Nevill. Two other JC transfers 6-7 G/F Jay Watkins and 6-9 F Matt Read will see a lot of action right off the bat. Utah has a difficult non-conference slate. They'll face Bradley, then either Illinois or Oklahoma State in the Las Vegas Invitational. The Utes also welcome Michigan, Oklahoma, and Utah State to the Huntsman Center, while they visit LSU and Weber State.

UNLV (last NCAA: 2008) The Rebels are among many Mountain West contenders who lost a lot of star power after last season, as G Wink Adams, swingman Rene Rougeau, and F Joe Darger are all gone. However, Lon Kruger welcomes back 6-4 G Tre'Von Willis (11.4 ppg, 4.3 rpg) and brings 6-8 UCLA transfer Chase Stanback to bolster the frontline and 6-6 Kentucky transfer Derrick Jasper to run the point. 6-11 Carlos Lopez, another highly regarded newcomer, will push 6-8 Darris Santee and 6-10 Brice Massamba, two underperforming returnees, for playing time. UNLV hosts Louisville, Nevada, Kansas State, and Southern Illinois (in the Challenge), while they visitArizona and Hawai'i for the Diamond Head Classic, where they open with SMU.

San Diego State (last NCAA: 2006) It's a Winter Olympic year, so expect Steve Fisher's Aztecs to go dancing. SDSU's previous tourney appearances under the former Michigan coach were in 2002 and 2006. If the Aztecs do make it, their newcomers will have had a lot to do with it. Four key players from last year's NIT semifinalists are gone, including Lorrenzo Wade (14.1 ppg, 4.6 rpg) and Kyle Spain (14 ppg, 5.3 rpg). 6-8 junior forward Billy White (8.8 ppg, 3.8 rpg) is ready for a breakout year, as is 6-7 soph Tim Shelton (7.9 ppg, 4.7 rpg). Plus, Fisher's newcomers include a bunch of guys who can score. Three transfers with D-I experience should have an immediate impact--6-10 C Brian Cantwell (Illinois), 6-5 G Tyrone Shelley, and 6-9 F Malcolm Thomas (both Pepperdine). Plus, freshmen F Kawli Leonard, G Chase Tapley, and F Alec Williams add even more firepower. The Aztecs' schedule features a November 17 meeting with St. Mary's, a home game with Arizona, a visit to Arizona State, and four games in the inagural West Coast Classic. SDSU will host Santa Clara and Northern Arizona and visit Fresno State and Pacific in that event.

BYU (last NCAA: 2009) Dave Rose will be back to coach the Cougars this season after fighting a rare form of pancreatic cancer this summer. That means the Cougars, whose only significant loss was leading scorer Lee Cummard (16.8 ppg, 6.2 rpg, 3.4 ppg), should play some inspired basketball this season. Two of last year's key men 6-2 junior guard Jimmer Fredette (16.2 ppg, 4.1 apg) and dangerous senior swingman Jonathan Tavernari (15.7 ppg, 7.2 ppg, 38% from 3) should be even better this season, and there are plenty of other backcourt weapons at Rose's disposal--6-3 junior defensive specialist Jackson Emery (7,8 ppg, 3.8 rpg), 6-5 Ivorian sophomore Charles Abouo, and highly-regarded freshman Tyler Haws. In the frontcourt, 6-11 senior C Chris Miles is the anchor (7.1 ppg, 4 rpg), while 6-8 Noah Hartsock (2.4 ppg) is ready to build off the 10 points he scored in the Cougars NCAA loss and 6-10 soph James Anderson (2.6 ppg, 1.6 rpg) could also be ready for a breakout season. BYU's schedule includes home dates with Bradley in the MVC/MWC Challenge and Arizona State, along with games against Nevada and either C-USA favorite Tulsa or Nebraska in the Las Vegas Classic.

The Cougars are my pick to claim the MWC's auto bid for this season. They'll appear in my 2009-10 Final Preseason Bracket, which I will release on November 9. The big question is, how many at-larges can the Mountain West earn this season.

To wrap up this preview, here is my preseason All-MWC team, featuring the best returning players from last season.