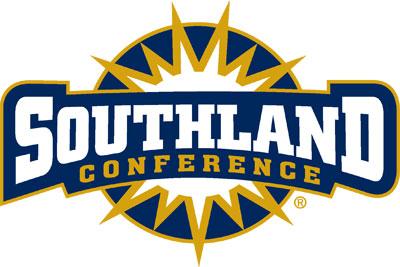 Northwestern State claimed the Southland's two NCAA victories in the ‘00s, knocking off Winthrop in the inaugural Opening Round game in 2001, then upsetting third-seeded Iowa in 2006 before falling to West Virginia in the second round. Fittingly, the Demons were also the only Southland team to make it to the Big Dance more than once in the decade. The only members who didn't claim a bid were Texas State, Nicholls State, and Central Arkansas, who is tournament-eligible for the first time this season.

The last three conference tourney winners, Texas A&M-Corpus Christi, Texas-Arlington, and Stephen F. Austin, all claimed their first NCAA bid with the crown, and Southeastern Louisiana did the same in 2005. As the defending champion Lumberjacks lost the bulk of their championship team, it's likely the Southland will start the decade of the 10s by again sending a different representative to the tournament. The top eight finishers during the regular season-regardless of division-will make the fight for this privilege, and the 14 to 16 seed in the NCAA tournament that is the inevitable result. Given that sixth seeded Texas-San Antonio made the final last season and 5th seeded Northwestern State and 7th seeded Texas-Arlington made the 2008 final, that's a place where the unexpected becomes the norm. And that's why each team in this topsy-turvy conference bears watching.

More on the 12 teams who will try to defy convention after the jump.

Now, here are my picks for 2009-10, presented in reverse order, starting with the East Division.

Central Arkansas (last NCAA: None) The Bears are finally full, tournament-eligible Division I members, but they shouldn't threaten for a bid after losing three starters from a year ago. Two seniors, 6-1 guard Mike Pouncy (10.1 ppg) and 6-6 forward Mitch Reuter (11.7 ppg, 3.6 rpg), lead the way, but none of the other returnees managed to average even 4 points per contest last season. UCA visits Memphis and Kansas in the Hall of Fame Showcase event. They also take part in a unique showcase at Stephen F. Austin, where they and the Lumberjacks will both face Cal State-Fullerton and Southern on consecutive evenings.

McNeese State (last NCAA: 2002) Dave Simmons’ team was defensively stout last season, but will be a smaller team now that 6-6 John Pinchon (11.4 ppg, 6.6 rpg) and 6-11 Kleon Penn (8.4 ppg, 5.6 rpg) are now gone. That means 6-9 Elbryan Neal, a senior who averaged 5 points and 4 boards a game off the bench in ’08-09, and 6-7 junior forward Will Morning, who missed last season with a knee injury, will have to step up, as will another key returnee, 6-5 P.J. Alawoya (7.4 ppg. 7.3 rpg). The backcourt should be solid with the return of McNeese’s leading scorer, 6-2 senior Diego Kapelan (11.7 ppg) and 6-4 PG C.J. Collins (4.9 ppg, 3.2 apg), though Simmons brought in two freshman PGs, Dontae Cannon and Jeremie Mitchell to push the holdovers. The Cowboys open up at the Rainbow Classic, against Hawai’i, Northern Colorado, and Southern Utah.

Nicholls State (last NCAA: 1998) Nicholls was another solid defensive team in 2008-09, but their offense could dip a bit in '09-10 after the departure of leading scorer Ryan Bathie, the Colonels all-time best 3-point shooter who averaged nearly 16 points a contest, and PG Justin Payne (6.8 ppg, 3.1 apg). The good news is, J.P. Piper has two players back who should be able to pick up the slack, 6-6 Australian swingman Anatoly Bose (15 ppg, 5.4 rpg) and 6-5 off guard Fred Hunter (10.6 ppg, 3.5 rpg), along with defensive stalwart Kellan Carter (5.2 ppg, 2.4 spg). Not only does Piper need to find a new point guard, he needs to get more production out of a thin frontcourt. If he doesn't the Colonels will take their lumps during a tough non-conference slate that includes a round-robin tournament at New Mexico and the Great Alaska Shootout.

Stephen F. Austin (last NCAA: 2009) Danny Kaspar's team finally broke through and made the NCAAs last season, but they'll have to attempt a repeat without the last two Southland Players of the Year, Josh Alexander (14.3 ppg, 5.4 rpg) and Matt Kingsley (15.8 ppg, 7.7 rpg). In fact, Kaspar only has one starter back, 5-3 (yes, you read that right) PG Eric Bell (3.5 ppg, 3.6 apg), and his leading returning scorer is reserve guard Eddie Williams (7.4 ppg). A flock of JC transfers, led by 5-7 Denzel Barnes, 6-7 F Jordan Glynn, and 6-5 Mark Gomilla, will have to produce immediately, as will 6-10 freshman C Will Reinke. Texas Tech will visit Nacogdoches, as will Southern and Cal State-Fullerton-for a showcase event with Central Arkansas. The Lumberjacks will also fly out to California to take on Binghamton and Howard at an event hosted by St. Mary's, who they won't actually play.

Northwestern State (last NCAA: 2006) The Demons lost two starters from a season ago, but it shouldn't be too hard to adjust to life without them. That's because Mike McConathy had already suspended both Devin White and C.J. Clark for the last month of the season for rules violations. McConathy's son, Michael (8 ppg, 4 apg), and Damon Jones (12.2 ppg) anchor the backcourt, while defensive fixture Michael Mosley (6.3 ppg, 8.5 rpg, 2.5 bpg), a 6-7 C, is the only returning frontcourt starter. 6-10 freshman O.J. Evans and 6-7 Cory Dixon, another first year player, will be called on to provide frontline support. Besides a trip to Hawai'i, the Demons will also travel to Indiana, LSU, Texas A&M, and Texas Tech this season.

Southeastern Louisiana (last NCAA: 2005) Jim Yarbrough returns three starters from a team that just missed recording a .500 Southland mark last season. 6-9 C Patrick Sullivan (12.1 ppg, 7rpg) is the key man in the frontcourt, while the offense is in good hands thanks to the return of 6-2 point guard Brandon Fortenberry (8.3 ppg, 4 apg). The unexpected offseason departure of 6-3 guard Chris Cyprian means 6-3 Damon Forrest (9.1 ppg, 2.3 rpg) will see more time this season. 6-6 F Robert Tibbs (5.5 ppg, 2.3 rpg) will help Sullivan out in the frontcourt, while Mississippi transfer Rodney Jones, a 6-3 guard, is eligible this season. The Lions visit LSU, Mississippi State, and Nebraska in their non-conference travels.

Texas State (last NCAA: 1997) The fact Doug Davalos' team managed a 14-16 record with such a defensively challenged team is commendable; however, thanks to the loss of his key backcourt performers, who averaged a combined 38 points per contest, the Bobcats have an uphill climb this season. Texas State's strength this season will switch to the frontcourt, thanks to the return of 6-5 John Ryback (10 ppg, 4.3 rpg), 6-7 Cameron Johnson (9.5 ppg, 5.3 rpg), and 6-7 Emmanuel Bidids a Moute (6.4 ppg, 3.8 rpg). Davalos will need two of last year's bench performers, John Bowman (4.7 ppg) and Ryan White (3.7 ppg, 2 apg), and two of his incoming freshmen, 6-1 Dylan Hale and 6-3 JC transfer Uriel Segura, to replace his departed backcourt stars. The Bobcats travel to Tempe to face host Arizona State in the NIT Season Tip-Off's West Regional. Texas State also visits Texas and DePaul, with a home-and-home against SMU also on the schedule.

Lamar (last NCAA: 2000) The Cardinals somehow managed to finish 15-15 in a year that would have probably gone better if Steve Roccaforte's players hadn't missed so many games due to injury. They'll struggle to even match that win total this season, and improve on their 6 league wins of '08-09, as three starters are gone. But the news isn't all bad in Beaumont, as two players are back after missing all of last year because of injuries--6-6 Justin Nabors (who averaged over 11 points and 6 boards a game in 2007-08) and 6-8 Lawrence Nwevo (4.8 ppg, 2.8 rpg in '07-08). Rice and Tulane visit the Montagne Center this season, while the Cardinals are one of several Southland schools to visit Hawai'i.

Texas-Arlington (last NCAA: 2008) The Mavericks lost two double figure scorers from a year ago, as junior Roge'r Guignard (12.5 ppg, 3.5 apg) left after coach Scott Cross suspended him last season and Anthony Vereen (17.7 ppg, 6.5 rpg) graduated. However, there's still talent in Arlington, especially in the backcourt. 6-3 G Marquez Haynes (16.5 ppg, 5.1 rpg), a Boston College transfer, and 6-1 Brandon Long (12.1 ppg) return. Their support will be young, as Cross brought in a guard-heavy class of freshmen. In the frontcourt, 6-5 Tommy Moffitt (7.5 ppg, 6.4 rpg) will need some help from returnees 6-5 LaMarcus Reed (3.4 ppg, 1.9 rpg) and 6-11 Trey Parker (2.5 ppg, 3.3 rpg) and the lone freshman big man, 6-11 Jordan Reves. The highlights of the Mavericks schedule include trips to Michigan State and Baylor, along with a spot in a traditional tournament at Drake, where UTA will open with with North Dakota.

Texas-San Antonio (last NCAA: 2004) After a .500 league regular season, UTSA made it all the way to the Southland final, where they fell to SFA. Brooks Thompson lost two key players off that team, 6-7 F Travis Gabbidon (12.6 ppg, 6.4 rpg) and 3-point specialist Joey Shank (9 ppg), but there are pieces in place for the Roadrunners to contend again. UTSA's backcourt remains strong, thanks to the presence of 5-7 PG Omar Johnson (12.6 ppg, 4.2 apg) and 6-0 Devin Gibson, a player who excelled at both ends of the court, scoring 12+ a game while nabbing 3 steals a contest. To make up for the loss of Gabbidon, Thompson will expect more out of 6-4 senior Morris Smith IV (9 ppg, 3 rpg), 6-6 Josh Bonney (5.8 ppg, 4.5 rpg), 6-7 C DeMarco Stepter (6.5 ppg, 6 rpg), along with 6-5 JC transfer Stephen Franklin. The Roadrunners will participate in this season's CBE Classic, where they'll visit Iowa before traveling to Richmond, Kentucky to face host Eastern Kentucky, UC Irvine, and Fairleigh Dickinson. C-USA contender Houston also visits UTSA.

Sam Houston State (last NCAA: 2003) Bob Martin's team, the West Division winners, fell short of the NCAAs last season after opening falling to UTSA in their first Southland tournament game. While the Bearkats have the backcourt to contend, thanks to the return of starters 5-11 PG Ashton Mitchell (12.5 ppg, 6.8 apg) and 6-1 SG Corey Allmond (15.3 ppg), both serious Southland Player of the Year threats, and reserve Lance Pevehouse, a 3-point specialist like Allmond, who averaged more than 9 points a game off the bench. The frontcourt is a concern for Martin, however, as there isn't much after 6-6 senior Preston Brown (9.9 ppg, 4.9 rpg). If the Bearkats can get production from 6-7 reserve C Antuan Bootle (1.5 ppg, 2.2 rpg), 6-9 Zambian C Arthur Zulu, or 6-7 Delaware transfer DeMarco Cooper, they'll be serious contenders. Sam Houston State's schedule features trips to Kentucky and Cleveland State as part of the Cancun Challenge, where they'll face Oral Roberts, then either Florida A&M or Rider in the undercard portion of the tournament.

Texas A&M-Corpus Christi (last NCAA: 2007) Perry Clark's Islanders will be a serious threat for the crown thanks to the return of all five of last year's starters, plus that of point guard LaMarr Drake (6.2 ppg, 3 apg) from suspension. Swingman Kevin Palmer, a 6-6 senior who averaged over 18 points and 5+ boards a game, is the Islanders' go-to guy. Shamar Coombs, who averaged 8 points and 2.4 dimes last season, played the point during Drake's absence, and is an excellent option. The frontcourt--featuring 6-7 Desmond Watt (8.2 ppg, 6.4 rpg), 6-8 Justin Reynolds (8.1 ppg, 4.7 rpg), 6-8 Horace Bond (4.6 ppg, 4.2 rpg), and 7-foot C Filip Toncinic (6.2 ppg, 4.2 rpg)--isn't the flashiest group, but they're productive. Clark was aggressive with his non-conference scheduling, as the Islanders will visit Mississippi, Houston, Texas, and Florida State, as well as Lubbock, where they'll face host Texas Tech, Oregon State, and South Dakota in a round-robin event.

The Islanders are my pick to claim the overall Southland crown, so they'll appear in my 2009-10 Final Preseason Bracket, which I will release on November 9.

To wrap up this preview, here is my preseason All-Southland team, featuring the best returning players from last season.