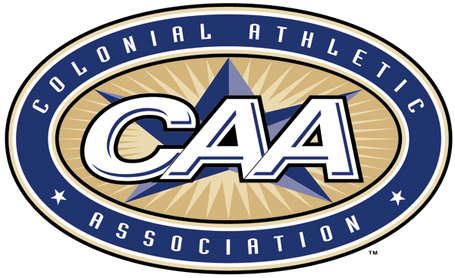 Virginia Commonwealth made a nice name for themselves over the past few seasons. Sure, George Mason put the CAA on the map by reaching the Final Four in 2006, but the Rams have brought a new level of consistency to the league over the past few seasons. Over the past three seasons, VCU has been the undisputed regular season league champ, the first team ever to accomplish that feat. They also won the CAA tournament in two of those three seasons--the Patriots won in '08--and proved to be a tough out in the NCAAs, beating Duke before falling to Pitt in OT in 2007 and losing to UCLA on a buzzer beater last season.
But two of the main reasons for VCU's success have moved on. Head coach Anthony Grant took over at Alabama, while starting point guard Eric Maynor, who won two CAA Player of the Year awards during his time in Richmond, is now plying his trade with the Utah Jazz. However, the Rams have four starters back,led by guard Joey Rodriguez and center Larry Sanders, they'll still be a major factor in the race this season for new coach Shaka Smart (a former Florida assistant, like Grant).
But it may be time for Old Dominion, who returns all five starters, led by Finnish forward Gerald Lee, to dethrone the Rams. Mason, Northeastern, and Hofstra will also surely have something to say in the title chase, and it wouldn't be the CAA without someone rising up the standings unexpectedly. More on these favorites and their pursuers after the jump.

William and Mary (last NCAA: None) The Tribe could be improved this season, if they can find a way to spread the scoring around a bit. Seniors David Schneider (14.1 ppg) and Danny Sumner (13.4 ppg) are going to attract more defensive attention this year, so Bill and Mary could use further offensive options. Sophomore swingman Quinn McDowell averaged over 9 points a game last season, so he is a possibility. 6-9 freshman Andrew Pavloff could be another. Head coach Tony Shaver is expecting him to bolster a thin frontcourt.

Towson (last NCAA: 1991) The Tigers shocked third-seeded Northeastern to reach the CAA semifinals last year, where they attempted to give GMU a game. Pat Kennedy's squad features four returning starters from a year ago, though more will be expected from Robert Nwankwo (4.4 ppg. 4.5 rpg) and Jarrel Smith (9.8 ppg, 4.5 rpg) after the departure of leading scorer and rebounder Junior Hairston (13 ppg. 7.4 rpg). Freshman Isaiah Philmore will also be expected to contribute immediately, though he is a true swingman. Brian Morris (5.1 ppg, 3.8 apg) is back to run the point for the Tigers. who only venture out of the Baltimore-DC area once during their non-conference slate. They visit Dayton.

Drexel (last NCAA: 1996) The Dragons looked to be a serious contender in the CAA race, until they dropped three consecutive one point games to wrap up the CAA season. As the scorelines (49-48, 47-46, and 48-47) indicate, Drexel was an impressive defensive team that couldn't shoot a lick last year. Scoring could again be an issue, as their only double-digit scorer of a year ago, Scott Rodgers (13.1 ppg) is gone. Bruiser Flint will need more production from his three leading returning scorers, G Gerald Colds (9 ppg), PG Jamie Harris (8.1 ppg, 2.9 apg), and F Evan Neisler (7.8 ppg. 6.9 rpg). The Dragons will host one of the "subregionals" of the Legends Classic, featuring Cornell, Toledo, and Vermont. They also face three of the Big Five, St. Joe's, Penn, and Villanova, while working in a trip to Lexington to face Kentucky.

Delaware (last NCAA: 1999) The Blue Hens were basically the complete opposite of Drexel last season, plenty of scoring, but not enough stops. Scoring should continue to be a strong suit for Monte Ross' team, as juniors Jawan Carter (15.2 ppg, 2.6 apg) and Alphonso Dawson (14.1 ppg, 5.3 rpg) and senior Brian Johnson (10 ppg, 5 apg) all return. Someone will have to step up to replace the contributions of the graduated Marc Egerson (15.4 ppg, 10.3 rpg), particularly on the glass. UD's non-conference schedule is remarkably local. They get a home game against Temple in the Philly Hoop Group Classic, but travel to Siena and face Virginia Tech in the Palestra in that same event. They do travel to Burlington to face Vermont, however.

UNC Wilmington (last NCAA: 2006) The bright spot of a dismal season for the Seahawks was a 81-72 home win over league champs VCU. They won only six other times in '08-09, but could have had a few more. As four starters, including three double-digit scorers, return for Benny Moss, there should be a lot more happy moments in Wilmington this season. Junior Chad Tomko (15.6 ppg, 4.4 apg) could replace the departed Maynor as the conference's best point guard. He'll team with senior Johnny Wolf (13.9 ppg) to form a formidable backcourt. The biggest issue for the Seahawks is the frontcourt, where 6-7 Dominique Lacy (10.4 ppg, 5.9 rpg) could use some help, particularly on the boards. UNCW will participate in the Charleston Classic, where they'll open with NIT winners Penn State.

James Madison (last NCAA: 1994) Matt Brady did a nice job in his first season at the helm in Harrisonburg. The Dukes won 21 games, including three postseason contests. They qualified for the inaugural CollegeInsider tournament, where they lost to eventual winners and CAA rival Old Dominion in the semifinals. JMU will have to try to improve on last year without two of that team's three leading scorers, forwards Kyle Swanston (11.6 ppg) and Juwann James (14.1 ppg, 4.8 rpg). But Brady has a lot of excellent players still at his disposal. Devon Moore (10.7 ppg) and Pierre Curtis (9.3 ppg) will be an effective backcourt, and reserve forwards Andrey Semenov (8.2 ppg, 4.1 rpg) and Dazzmond Thornton (6 ppg, 3.2 rpg) will join starter Julius Wells (11.6 ppg, 5.5 rpg) to form an intimidating frontcourt unit. The Dukes will visit Ohio State as part of the Coaches vs. Cancer Classic. They also travel to Miami to face Florida International, Murray State, and North Carolina Central in one of that event's subregionals. In December, JMU flies cross country to face Stanford.

Hofstra (last NCAA: 2001) Tom Pecora's side returns four starters, including leading scorers Charles Jenkins (19.7 ppg, 4.8 rpg, 4.3 apg) and Cornelius Vines (10.5 ppg). Like Tomko at UNCW, Jenkins could really attract a lot of attention thanks to Maynor's graduation. But the big question in Hempstead is how well the Pride's five newcomers fit in, as Pecora likes to distribute the minutes. The Pride will take part in the North region of the NIT Season Tip-Off, where they'll likely face UConn if they get by Yale in their opener. Hofstra will also make the short trip into the City to take part in the Holiday Classic. They open with St. John's and will face either Ivy favorite Cornell or Stephen Curry-less Davidson in their second game.

Northeastern (last NCAA: 1991) The Huskies started well, winning at Providence and a rebuilding Indiana, then opening the CAA schedule with 10 wins in their first 11 games. Then, the wheels came off, as the Huskies only won twice more in the league, eventually falling to Towson in the quarterfinals. Still, they earned a CBI invite, where they defeated Wyoming on the road, before their season ended at UTEP. Bill Coen has four starters back off that team, and he can only hope the gas tank stays full this year. Matt Janning (14.3 ppg, 4.7 rpg) will again challenge for all-CAA honors, while Chaisson Allen (10.4 ppg, 5.3 rpg), Manny Adako (11.3 ppg, 4.2 rpg), and Nkem Ojougboh (7.4 ppg, 4.6 rpg) are all valuable pieces of the puzzle. The biggest thing for Coen is to find some bench scoring. Northeastern's schedule gets serious right out of the gate, as they travel to Siena for a noon tip that's part of ESPN's November 17 marathon. They also welcome Providence, Utah State, and Wright State to Boston. December sees them play in two tournaments back-to-back, first the Diamond Head Classic in Honolulu, where they open with Patty Mills-less St. Mary's, then the Cable Car Classic at Santa Clara.

George Mason (last NCAA: 2008) The Patriots attempted to make it back-to-back trips to the Dance, but last year's CAA final was really over before it started. The season ended in further disappointment when GMU dropped a four point overtime decision to champions Penn State in the NIT. Now Jim Larranaga will have to try to stay competitive despite losing three key starters from a season ago, guards Dre Smith and John Vaughan and forward Darryl Monroe. So, with those significant losses, why are the Patriots still contenders? Well, Larranaga still has Cam Long (11.7 ppg, 4.8 rpg) and Louis Birdsong (6.4 ppg, 3.5 rpg) on the roster. Plus, he receives the services of two highly-touted freshmen this year, Capital Classic and Jordan Brand Classic selectee Paris Bennett, a 6-6 F, and 6-4 G Sherrod Wright, who also played in the Jordan game. GMU plays in the Puerto Rico Tip-Off, where they have the unenviable task of opening with Villanova, a team they lost to in the Old Spice Classic semifinals in 2007. They could face Dayton in their second game there, but if they don't, the two meet in Fairfax in December, four days before the Patriots welcome Creighton to town in a BracketBusters rematch.

VCU (last NCAA: 2009) It's up to Shaka Smart to keep what Jeff Capel and Anthony Grant have gotten going in Richmond. Of course, he has to do it without Maynor, the program's heart and soul. However, the cupboard is far from bare. Sanders, a bruising 6-10 forward who averaged more than 11 points, almost 9 boards a game, and nearly 3 blocks a game, is back for his junior year. 6-8 senior Kiril Pishchalnikov (5.2 ppg, 4.6 rpg) will also be a force in the frontcourt. In the backcourt, Joey Rodriguez and Brandon Burgess will have to fill the void left by Maynor, and considering they averaged a combined 16.8 points per contest last year, they're more than capable. Brandon Rozzell, who averaged almost 7 points a game last year, will also see more minutes. If one of these players can step up in the leadership department, fans in Richmond may be able to forget about Maynor. (Nah, that'll never happen.) The Rams schedule features a visit from Oklahoma, coached by Capel, and a home game against Nevada, a return of the 71-70 Wolf Pack triumph in last year's BracketBusters.

Old Dominion (last NCAA: 2007) Blaine Taylor's squad took the inaugural CollegeInsider tournament crown with a 66-62 win over Bradley in Peoria. The Monarchs return all five starters, led by Lee, a 6-10 Finnish-American who averaged almost 16 points and 6 rebounds a contest last season. Taylor preaches defense, and opponents only managed an average of 60 points a game last year. However, the Monarchs could score a bit more, as Lee was the only player to average in double figures last season. 6-5 swingman Ben Finney could improve on his average of 9.9 a game this time around. Point guard Darius James is a pass-first guy who dished out 4.5 assists per contest, so the offense is certainly in good hands. ODU will participate in the South Padre Island Invitational, where they'll open with Missouri. They'll face either Mississippi State or Richmond in their second game. If it's the Spiders, they'll play UR back to back, as ODU is already scheduled to visit the Robins Center on December 2.

So the Monarchs will hold the Colonial's auto bid in my 2009-10 Final Preseason Bracket, which I will release on November 9. I don't anticipate multiple bids for the CAA at the moment, but that could very well change as the season goes on.

To wrap up this preview, here is my preseason All-CAA team, featuring the best returning players from last season.