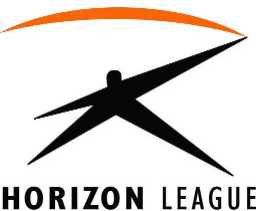 In 2009, a Horizon League team won an NCAA game for the fifth season in a row. However, it didn't come from the expected source, as regular season champ Butler lost their first round outing to LSU. Instead, tournament champion Cleveland State shocked the hoops world by sending one-time number one Wake Forest home after their opening game. The Vikings actually beat the Bulldogs home and away, before losing a tense third meeting in the Horizon League final by a mere bucket.

The Bulldogs were allegedly entering a rebuilding year, but ended up in the tournament comfortably. With an extra year of experience under their belt, Brad Stevens' squad could reach new heights in 2009-10. This year's season could very well shape up like 2007, where Butler and Wright State tied atop the league standings after splitting their two regular season meetings. The Raiders then won the rubber match on their homecourt to claim the auto bid. The Bulldogs, meanwhile, used a great run through the non-conference portion of their schedule to gain an at-large bid and, eventually, a spot in the Sweet 16, where they gave eventual National Champion Florida a fright.

The Bulldogs are capable of great things, maybe even a trip to the Final Four that they'll co-host with their conference. However, as they can attest to, the Horizon League season is never an easy proposition. The big question is, can any potential challenger do what the Vikings and Raiders have done in the very recent past, sneak the auto bid and place a second Horizon team in the Dance. More after the jump.

Now here are my picks for the 2009-10 season, presented in reverse order.

Youngstown State (last NCAA: None) Jerry Slocum returns four starters and four players who averaged more than 9.5 ppg last season. However, the Penguins finished last in the Horizon in scoring defense last year, so that statistic will have to improve. In a league with so many returning stars at the top, defensive difficulties will make it difficult for YSU to repeat their modest 7 league wins of a year ago. The backcourt of Kelvin Bright (11.4 ppg, 2.4 rpg) and DeAndre Mays (10.2 ppg, 4.2 rpg) has a lot of promise, while 6-7 Sirlester Martin (9.6 ppg, 7.3 rpg) and Vytas Sulkis (10.3 ppg, 5.5 rpg--off the bench) are two dynamic inside performers.

Detroit (last NCAA: 1999) Ray McCallum has a team that should improve on its league victory total of last season (2), but that still may not be ready to return to the Tournament for the first time in over a decade. The Titans return five players who started more than 10 games last year, and number doesn't include Xavier Keeling who averaged 12.4 points and 6.6 rebounds in the seven games he did appear in before injuring his foot. 6-7 F Thomas Kennedy (11.6 ppg, 4.5 rpg), 6-5 G Eulis Stephens (8.1 ppg, 2.5 rpg), and 5-11 G Woody Payne (8.3 ppg, 3.5 rpg) lead the returnees, who will be bolstered by the eligibility of 6-9 Indiana transfer Eli Holman and 605 G Chase Simon, who arrives from Central Michigan.

Loyola of Chicago (last NCAA: 1985) The Ramblers actually won at Hinkle Fieldhouse last year, but the chances of this team repeating that performance will depend on how well Jim Whitesell can replace the three starters he lost. The backcourt will especially miss J.R Blount (14.3 ppg) and Justin Cerasoli (11.2 ppg), and Loyola is relying on junior college transfer Terrance Hill (11 ppg) and freshman Charles Winborne to be adequate replacements. If 6-7 forward Andy Polka can stay healthy, he should be another source of offense. He only averaged 7.5 ppg last season, but was hampered by an ankle injury that kept him out of 21 of 22 games at the end of the season.

Valparaiso (last NCAA: 2004) Homer Drew lost a half-dozen players during the offseason, including 7-0 C Beas Hamga, who left school one semester after transferring from UNLV. Of those who left, forward Urule Igbavboa (12 ppg, 5.8 rpg) and guard Jake Diebler (7.5 ppg, 2.3 rpg) will be the most sorely missed. Drew has potentially an embarrassment of riches in the backcourt, as Michael Rogers (9.9 ppg), Howard Little (9.6 ppg), and Eric Buggs (4.9 ppg) are all returning starters, and Brandon McPherson returns from a knee injury. He averaged over 10 points a game in the 2007-08 campaign. Even with the departure of the Cameroonian Hamga, it wouldn't be a Drew-coached Crusader side without a few international players. This year, Drew welcomes 6-7 F Milos Milosevic, a JC transfer who hails from Montenegro and 6-6 guard Ryan Broekhoff from Australia.

Illinois-Chicago (last NCAA: 2004) Like their crosstown rivals, the Flames lost some key performers after last season, which ended on a high. UIC won five in a row before losing to Cleveland State in the Horizon League tournament. Guard Josh Mayo's 17 points per contest and center Scott VanderMeer's 10 points and nearly 9 boards a game will be sorely missed. Jimmy Collins does have two key juniors back, however, 6-foot guard and All-Name team selection Robo Kreps (12.3 ppg, 41.3% on 3-pointers) and forward Tori Boyd (9.4 ppg, 4.4 rpg). Point guard Spencer Stewart averaged 5.5 points and 4.8 assists a game last year, but missed time with bone bruise in his foot. His assist total ranked second in the conference. Texas Tech transfer Jeremy Buttell is back for his senior year looking to build on his last campaign where he averaged 5.6 boards a contest. 6-7 junior college transfer Brad Birton will have to contribute immediately.

Green Bay (last NCAA: 1996) Tod Kowalczyk's team actually finished second in the conference last season and had a taste of the postseason, where they lost to Vermont in the College Basketball Invitational. Kowalczyk lost two key starters from that team, forwards Mike Schactner (11.6 ppg, 4.3 rpg) and Terry Evans (9.7 ppg, 5.1 rpg), and key bench player Ryan Tillema, who was a 1,000 point scorer, like the two graduated forwards. Cordero Barkley's return from injury should help fill the void left by the departure of Schactner and Evans, as should the arrival of 6-8 junior college transfer Greg LeSage. The backcourt is solid thanks to the return of junior Rahmon Fletcher (10.8 ppg, 2.5 rpg) and senior Troy Cotton (12.6 ppg, 3 rpg) and the arrival of 6-5 freshman swingman Troy Snyder.

Cleveland State (last NCAA: 2009) Gary Waters needs to replace some key pieces from last season's auto bid winners. Guards J'Nathan Bullock (15.2 ppg, 7.1 rpg) and Cedrick Jackson (10.9 ppg, 5.8 rpg) will be sorely missed and Chris Moore's (5.2 ppg, 3 rpg) graduation leaves a hole at center. The good news is that Waters still has two key pieces of his guard-oriented attack in place, Norris Cole (13.3 ppg, 2.5 rpg) and D'Aundray Brown (7.4 ppg, 5.7 rpg). Trevon Harmon (5.2 ppg, 1.2 rpg) should be even better in his second year at CSU. Among the newcomers, 6-9 F Lance Cunningham will replace Moore inside, while much is expected of 5-11 guard Lance James, who was a Junior College All-American last year. The Vikings face a major test in Kentucky, then either Stanford or Virginia, in a hotel ballroom in Cancun over Thanksgiving.

Milwaukee (last NCAA: 2006) After a couple of disappointing seasons, Rob Jeter's Panthers should be back to their contending ways this year. While UWM lost forward Avery Smith (11.4 ppg, 5.2 rpg), they bring back nearly everyone else, potentially even 6-1 F Ricky Franklin, who could gain an extra year of eligibility if he made the adequate amount of academic progress during the offseason. His 9 points and nearly 5 boards a game will help out a frontcourt that will definitely return 6-7 James Eayrs, a budding star who averaged over 11 points and 5 rebounds a contest last year, 6-8 Tony Meier (6.7 ppg, 4.4 rpg) and 6-7 Anthony Hill (5.5 ppg, 3.8 rpg). Most importantly for the Panthers, 6-1 All-Horizon Second Teamer Tone Boyle (13.2 ppg) returns to serve as the primary threat in the backcourt.

Wright State (last NCAA: 2007) Brad Brownell has built a nice little program since he arrived in Dayton from UNC-Wilmington. The Raiders will look to make this their fourth consecutive 20-win season. While Wright State lost one starter from a year ago, guard William Graham, they get two guards back off injuries who should fill that void rather easily. Vaughn Duggins missed all but four games last season with a broken finger. He also underwent ankle surgery during the offseason. In 2007-08, Duggins averaged nearly 13 points and 3 rebounds per game. John David Gardner (8.7 ppg, 3.1 rpg) should also be healthy after missing the final third of last year with a hip injury. Add in returning starters Todd Brown (11.7 ppg, 4.9 rpg) and N'Gai Evans (6.4 ppg, 2.3 rpg) and Brownell has a considerable amount of backcourt depth. Cory Cooperwood can be a force in the frontcourt (9.5 ppg, 5.4 rpg), but he'll need more support from 6-9 C Ronnie Thomas, who only managed a little less than 4 points and 3 boards a contest last year. The Raiders seem to have the personnel to challenge the Bulldogs in the Horizon season. They'll start the season in a tournament at Washington, where they'll also face Portland State, and also visit Mississippi State and Northeastern in a BracketBusters return game.

Butler (last NCAA: 2009) There are few conferences in the country where the favorite is as obvious as this one. Brad Stevens brings back last year's Horizon League player of the year, Matt Howard (14.8 ppg, 6.8 rpg); his successor as Horizon Newcomer of the Year, sophomore Gordon Hayward (13.1 ppg, 6.5 rpg, 2 apg, 44.8% from 3); and Hayward's teammate on the World Champion US U-19 team, PG Shelvin Mack (11.9 ppg, 5.5 apg). Willie Veasley is another key contributor for the Bulldogs (8.9 ppg, 4.3 rpg). The one weakness could be the bench, Alabama transfer Avery Jukes will have to be better in his second season and Ronald Nored will have to improve his long-distance shooting to match his passing prowess. The Bulldogs will be tested by a schedule that is postseason-focused, featuring Georgetown in New York, Ohio State, UAB, a BracketBuster return against Davidson at Hinkle, and the 76 Classic in Anaheim (opening with Minnesota). It's the type of slate that could move Butler to a higher seed line and may provide a bid to a second Horizon team if the Bulldogs stumble in the conference tournament.

You'll see the Bulldogs holding the Horizon's auto bid in my 2009-10 Final Preseason Bracket, which I will release on November 9. However, it may take a Bulldog loss in the conference tournament for a second Horizon team to sneak in the field of 65.

To wrap up this preview, here is my preseason All-Horizon team, featuring the best returning players from last season.